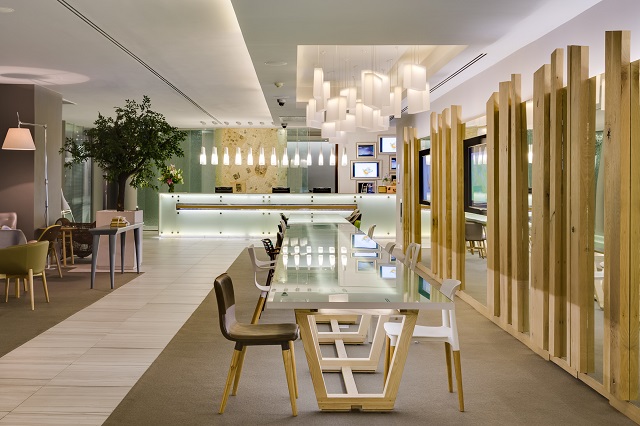 Cape Town’s Protea Fire & Ice!’s ‘evolution’ is complete — gone are the gimmicky themed-loos and coffin-themed smoker’s room (so apt, though). Enter a herb garden in the dining room and cool new chill spaces with designer lighting and a milkshake bar (the adult, alcoholic variations were a hit with the media — personally, I can recommend the Amarula one).

The distinct shark ‘cage’ and ‘cable car’ lifts remain, however, as does the ‘lava’ carpeting which I always thought gave the long passages a rather dark ‘cave-like’ feel. Intended or not.

There’s a new glass bar framed by ice and the bar area boasts a coffee station with “java jockeys”. 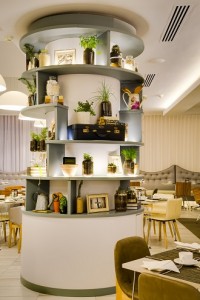 The hotel has always been known for its burgers and milkshakes, but the menu boasts new additions such as a salted caramel and popcorn milkshake, triple-espresso milkshake shots, and a breakfast burger. There’s even a Red Bull Bloody Mary dispenser for those who need a “hard kick-start to the day,” says GM, Janneman Britz.

According to Protea Hotel director of sales, marketing and revenue, Danny Bryer, the Protea Hotel Fire & Ice is evolving to meet the more sophisticated needs of its “millennial” guests, who want spaces that meet their specific needs: aspirational, technology-friendly, uncluttered.

“We started off eight years ago with a concept hotel in Cape Town that got famous very quickly because it was the quirkiest hotel the country had ever seen. The themed unisex toilets got more column inches than many celebrities and at the time it worked. But as a brand we’ve had to grow…”

The third Protea Fire & Ice will open in Menlyn in Pretoria early-2015.

For the rest of this article and this original posting visit marklives.com

Posted in Articles, Our Clients